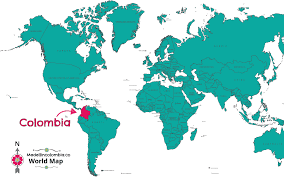 Colombia is nicknamed the “gateway to South America” because it sits in the northwestern part of the continent where South America connects with Central and North America, which makes it extremely easy to reach. 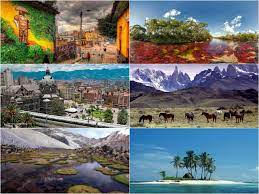 Colombia is a beautiful land of extremes. Through its center run the towering, snow-covered volcanoes, and mountains of the Andes. Tropical beaches line the north and west. And there are deserts in the north and vast grasslands, called Los Llanos, in the east. 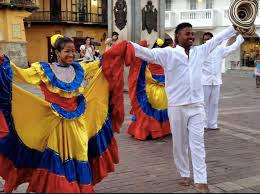 Colombia’s people are as varied as its landscape. Most citizens are descended from three ethnic groups: Indians, African and European. This rich cultural mix makes the country’s foods, music, dance, and art diverse and unique.

Colombia is a great destination for surrogacy, because of its excellent medical care system and affordable prices.

Surrogacy in Colombia is available to everyone, offering a unique alternative for Single Intended Parents and Same-Sex Couples and Heterosexual Couples, who are looking for a more affordable option.

The National Constitution of Colombia states in article 42-6: “Children born in or out of wedlock, adopted and procreated naturally or with scientific assistance, have the same rights and duties. The law will regulate responsible offspring.” The legal precedent for including surrogacy proceedings was defined by Supreme Court Ruling and its Constitutional Court T 968 of 2009 which states: “In the Colombian legal system there is no express prohibition for the realization of such agreements or agreements. However, with regard to assisted reproduction techniques, within which the surrogate or surrogate mother is located, the doctrine has considered that they are legally legitimized, in accordance with article 42-6 of the Constitution, which states that “… children born in or out of marriage, adopted or procreated naturally or with scientific assistance, has the same rights and duties …”.

Important regulations Colombia’s constitution does not allow discrimination, so all singles, heterosexual couples and same-sex couples can participate in the surrogacy process as long as there is a genetic link with the baby. This was recognized by the Colombian Constitutional Court in a landmark decision in 2015 that ruled that excluding same-sex parents as potential adopters was a limitation of the right of children to have a family and not be separated from it.

Equal rights also extends to foreigners in Article 100 of the Constitution which grants foreigners in Colombia the same civil rights and guarantees as those granted to citizens, so this includes international surrogacy. Therefore, after getting aboard with Columbia surrogacy clinics, all Intended Parents must provide a recent criminal record check.

After birth, there is a process to recognize the biological parent whose DNA contributed to conception on the birth certificate as a parent, but there is no prenatal ordering process.

We are looking forward to meeting you in Colombia and helping you to fulfill your dreams of parenthood.